Australian Housing Affordability: Mistakes in the Past

Australian Housing Affordability: Mistakes in the Past 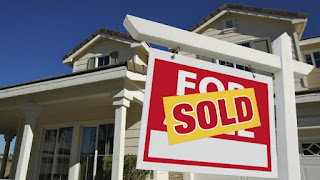 There’s been quite a discussion about the actual reason for that is responsible for the current Housing Unaffordability issues in Australia. Most of the times, the discussion turns to be a debate about domestic and foreign investors. But a closer look into the situation tells things to be otherwise. If we look back and try to rethink about the whole situation from the beginning, the reasons get clearer.
Australian democracy is a kind of society known as the Property-Owning Democracy. It is a place where almost 70% or more of the population owns the house they live in thus majority owns the property. Let us go back to the end of Second World War. After the Second World War, Australian government not only quickly claimed their lands but also made it available for purchase to its people, the so-called “Baby Boomers”. And this was the prime reason for a Property-Owning Democracy. The idea did help the Australian government to regulate the currency. But now the population is facing the affordability crisis.
Furthermore, investments from the foreign investors along with the investors themselves also turns out to be a big point that went overlooked. It did help the economy but again the question of housing affordability stood as a nightmare for the local population.
Australia’s actions in past play a major role in the adverse situation of its current real estate market. The government needs to come up with better schemes to save Australia’s real estate market. For more updates about the Australian Real Estate keep following us.