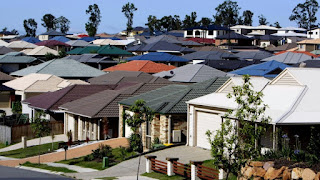 When talking about Australia, how one can forget to address the elephant in the room , means Melbourne.
The market of Melbourne is one of the best for sellers of houses and apartments in a number of years, REIV CEO Geoff White has announced this.
While releasing the latest property prices for the every Melbourne suburb, he said that the Spring market is delivering everything  that the home sellers needed: solid price growth, high clearance rates, and off course the strong buyer demand.

In the month of September, the city’s median house price increased from 3.2 per cent to $740,000 Melbourne-wide, he told.“The median price increase is taking place in tandem with a Spring clearance rate of close to 80 per cent, the highest in seven years,” he added.
Everything is basically aligned for the sellers, who are benefitting from strong buyer confidence and record low interest rates.
Talking more the Melbourne’s inner and middle suburbs, those were the main growth drivers in the September quarter with house prices in these regions was up 4.2 and 3.5 per cent respectively.

Apart from this the apartment prices across the city also increased in the September quarter with the metropolitan median up 2.1 per cent to $545,500.
As the price is climbing high it can be said that  the investment in the suburbs of the Melbourne is a nice option to carry on, as it seems benefiting in a long term.

Posted by Accrue Property at 14:00